My most interesting date ever 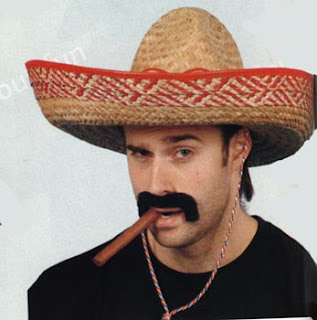 This happened about a few months ago, but I thought it warranted a post because it was one of the most interesting experiences of my life.

I met this girl online, let's call her Ms. T. It seemed like we had a whole lot in common. We both work at business schools, both got MBAs at the University of Utah, we had similar interests, had similar goals for the future, and were pretty close in age. I thought it she sounded like a decent match at least, so I asked her to go to dinner one night. She said that she liked Mexican food, so I found a decent Mexican restaurant close to where she lives and set the date up. Picking the restaurant was probably my first mistake.

So the time came and I met Ms. T. at the restaurant. I could tell something wasn't quite right from the beginning. It was like she didn't want to look at me or even talk to me. She answered questions with one word answers that didn't give me a lot to work with. When we got to our table, she started on the chips and salsa as fast as she could, probably so she didn't have to talk to me. I thought this was really strange and just sat there wondering what I had done in a few minutes to make this girl hate me. About 20 minutes of this passed and I was starting to think of ways to escape.

After about 20 minutes, she finally asked me a question. She asked how old I really was. This was odd to me because I had already told her online, but I answered and said "29." She seemed relieved a little bit and started to open up a little more. She told me that I looked like I was around 22-23 years old.

Her next question was even more surprising. Again, I met this girl online and she had seen some of my pictures. There shouldn't have been any surprise about my appearance right? Well, she asked what my background was, specifically if I was Mexican. I had to say no, I was just a typical American. I have a mixed background - mostly European with a little bit of Native American. When I finally convinced her of this, she seemed even more relieved and opened up a little bit more.

The rest of the dinner was pretty much normal, thank heavens. It was very interesting though, she was the one that liked Mexican food, she even spent a lot of time doing a study program in Mexico and had learned a little Spanish. She asked for some specific Mexican dishes, which they didn't have on the menu, but which she knew the Spanish name for. So that was her background, but she seemed very offended because she thought I was a young Mexican boy asking her out.

This date was very interesting to me because I haven't felt that kind of discrimination in a long time. I also don't know what in the world she was thinking. She had all the information to start with, none of it should have been a surprise. It made me start to ponder about how silly people are.
Posted by mr mike at 1:29 PM

Email ThisBlogThis!Share to TwitterShare to FacebookShare to Pinterest
Labels: dating